Creating a climate in which we’re able to fail 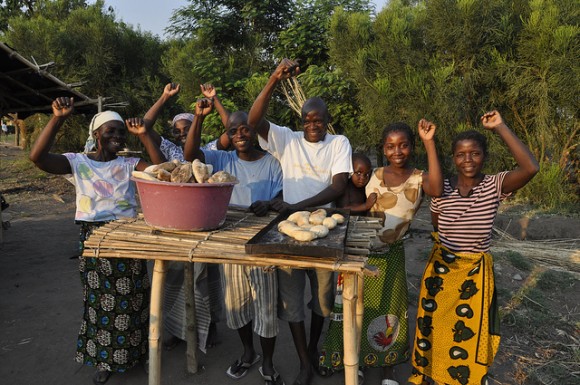 Winning is great, but is it OK to talk about losing as well? Picture: Marcos Villalta/Save the Children

A few days ago I was in a meeting with colleagues from a number of organisations and countries talking about how to best share knowledge about green growth policies and strategies. It sounds rather boring, but actually we came up with tons of great ideas.

One particular idea was that, rather than look at the processes by which green growth strategies can best be taken forward, we should focus on the results and outcomes of different policies and strategies. We could then compare different country experiences and identify what factors exactly – such as whether the policy was well planned or not – led to their success or failure. The idea would be similar to what I did in my last blog post, comparing what different governments have done to become more sustainable purchasers.  Some organisations are already starting to do this – for instance the World Bank recently pulled together a survey of policies and instruments that countries have used to subsidise the development of renewable energy.

We were all enthusiastically agreeing with this idea of comparing results, until one colleague silenced the room. He asked how we can get governments to be more open about when these policies or ideas fail. None of us had an answer.

He had a fair point. Few governments like to admit failure. As Tim Harford, a UK economist, argues in this excellent “Development Drums” podcast, governments, and aid donors for that matter, have strong incentives to simply tell good stories – whether that’s because of election cycles or the need to ensure that taxpayers support overseas aid budgets.

The funny thing is, we live in times when admitting failure can actually make an organisation more trusted and credible. Take one of my favourite radio shows, ‘This American Life’. In January, the show broadcast a seemingly ground-breaking investigation into labour standards in Apple factories in China. However, the producers soon found out that some of the claims made in the programme were fabricated. But rather than cover this up, or simply issue an apology, the producers decided to dedicate an entire show – broadcast earlier this month – to set out the fabrications and, more importantly, give listeners an idea of why things had gone wrong. Over the course of the programme, instead of thinking of the mistakes they had made, I found myself realising the hard work the producers normally put into their programmes to make sure all their facts are correct. By the end of the programme I trusted their journalism more than ever because I knew if they ever made a mistake they would be the first to tell me why.

The truth is no-one likes to make mistakes, and for a lot of us it is even more difficult to admit them. But on the other hand, no-one realistically believes that any organisation is infallible. And no-one believes that any policy or strategy, however well-intentioned, is infallible either. That’s why having independent scrutiny such as the Independent Commission for Aid Impact (ICAI) in the UK is crucial. It says an organisation, such as DFID, is willing to learn and change. Like ‘This American Life’, I believe being open about shortcomings, or dare I say it ‘mistakes’, builds trust.

For new, emerging strategies and policy areas such as green growth, this open, ready-to-admit-failure attitude will be crucial, here in the UK and in other countries. Ideally, those working on these policies will be the first to blow the whistle, and explain what went wrong so we can learn for next time. Being open and honest will build trust.

In the meantime, dear reader, it’s over to you. If you’ve got any examples of green growth policy failures or otherwise, do fire away and help us learn! You might just have a greater impact than the mistakes themselves by doing so.