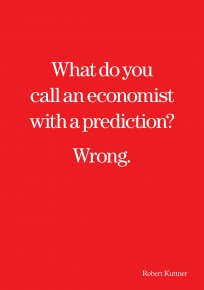 In January, I always enjoy reading the Economist’s World In Year X publication – which sets out their forecasts for big headlines under a number of categories. What I particularly like is their review of how correct their forecasts were and what they got wrong or missed out on. It’s always good to see this kind of honesty from economists!

While many of the Economist’s predictions like these on energy  and technology ideas are very relevant (though spot the prediction that’s already wrong in this article on growth), the Economist doesn’t have a “development” category. So I thought I’d set out a short list, which I will, like the Economist, review in a year’s time.

I have 2 sub-sets of development forecasts.  First, a “national” sub-set.  Here, my top 3 things to look out for are:

My second subset is “international”.  Three big events stand out – and I predict a theme of “careful balance” will run through all of them. Starting with the earliest first:

I’m looking forward to reviewing these predictions in a year’s time, and to your predictions too. You might not agree with mine or think I’ve left some out – but I’m sure we can all be pretty certain that 2014 will be a busy and complex year.

Mixing it up in Middle Income CountriesUncategorized
Can you make 90 minutes really count?Uncategorized