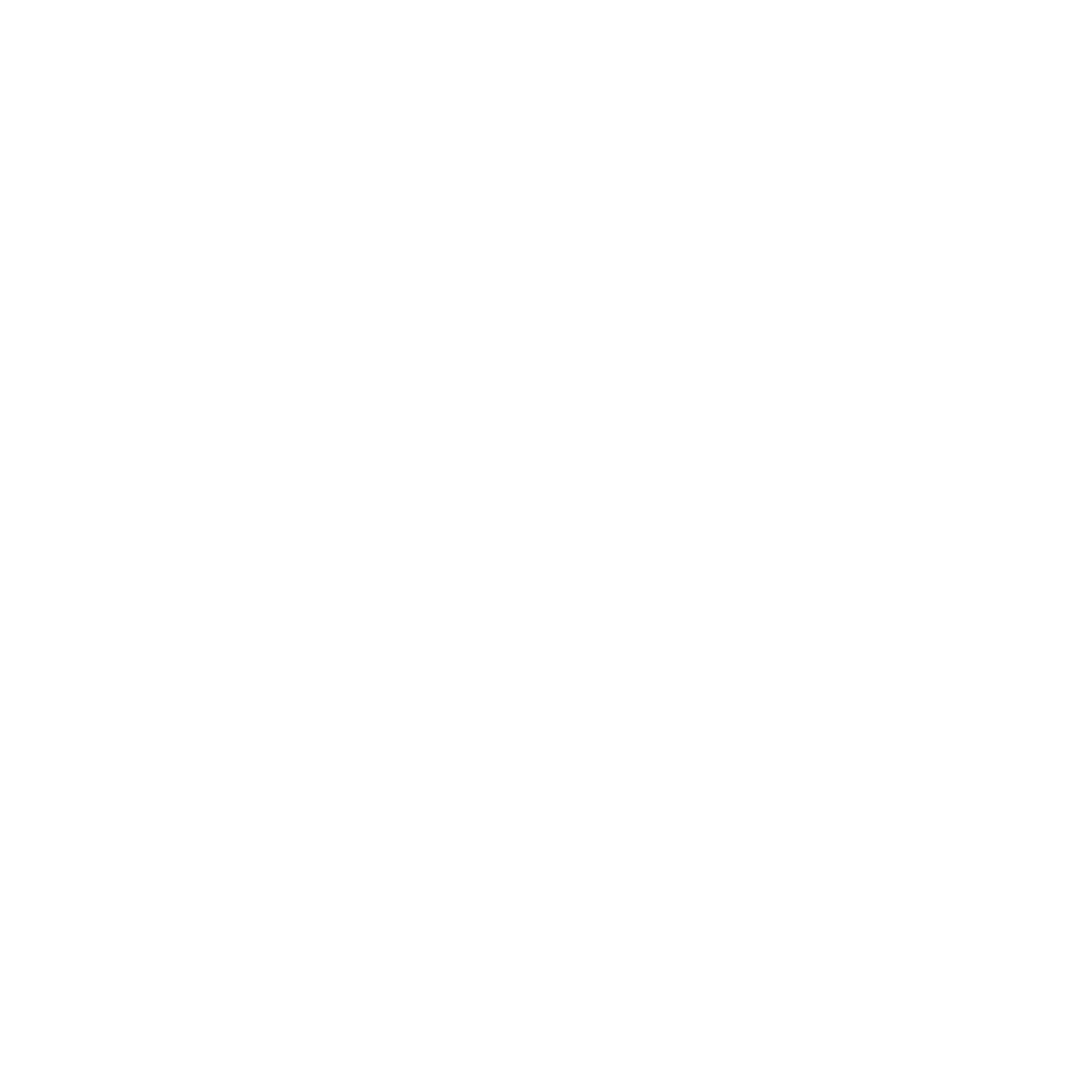 Speech: Creating jobs and entrepreneurs along the Belt and Road – how can China help?

Distinguished guests, ladies and gentlemen, good morning. I was honoured to accept the invitation from the Yuhua district and Shijiazhuang governments to be here today in front of such a diverse audience, and share some views and ideas about China’s international cooperation.
According to the International Labour Organization, more than 204 million people were unemployed in 2015, while 470 million new jobs will be needed globally for new entrants to the labour market between now and 2030. That’s no easy task – in total that’s jobs for the equivalent of half of China’s population.
But this is why creating jobs has been a key part of sustainable development and poverty reduction for a long time. For example, even in the 1990s, when the United Nations Millenium Development Goals (MDGs) were crafted, jobs were at the forefront. MDG 1 had one of its three targets focused on employment, including for women and young people.

Now, we have the UN’s Sustainable Development Goals, agreed in 2015, and they too prioritise employment. The 8th goal out of 17 goals is about jobs – aiming for full and productive employment, and decent work, for all women and men by 2030.

So how is this relevant to China, and the city this conference is in right now, Shijiazhuang?

Of course, China will need to meet this SDG itself. But beyond this the key is China’s Belt and Road Initiative (BRI), through which China will have an international footprint.
As China promotes and proceeds with BRI, there is a real opportunity for China to shape and support the achievement of SDG8 elsewhere.

There are three ways China can help: first, if China has managed jobs and entrepreneurship well then these may feature as important policies that other Belt and Road countries can examine and use; second, China could use its south-south cooperation to support countries to implement specific projects that create jobs and promote entrepreneurship; and last but not least, China could welcome people from Belt and road countries into China to work or create businesses.

Today we will explore all three. All have potential.

First, lets look at China’s policies – are they worth copying?

Well, China is the world’s largest employer, so it has certainly been successful in some ways. However, the unemployment rate in China has changed considerably over time. In particular, in the 1990s, many workers were laid off due to reform of state owned enterprises, and unemployment rose considerably.

The method of calculating unemployment in China is also not very clear. Official statistics do not “count” non-registered unemployed people – for example those in the informal sector or non-registered migrant workers.

However, even when measured better, over the 2000’s employment has seemed to stabilise recently, but there is a risk of it rising again, and for a new type of more educated and skilled worker than before. Current total unemployment – not only registered – is estimated at around 23 million people – double the population of Shijiazhuang.

What policies have driven these trends, and are they interesting for other countries to use?

Now, as a Kenyan and someone from a developing country, I often don’t agree when some observers from other countries say that China has very special circumstances. Actually, I often find African countries thinking and their economies somehow fairly similar.

But employment policy is one area where China’s experience is quite different to some other developing countries (although not all).

So, for example, in China historically there has been a lack of labor regulations and strong trade unions. There is also the phenomenon of migrant workers – which is not unusual as rapid urbanisation is happening in most poor countries, but the Hukou system which used to restrict the access of such workers is fairly unique.

But China has also created many jobs through industrialization – special economic zones in particular, and many other countries did and are looking to also do this.

There are also some very important special policies China introduced to gradually shift the labour market from being wholly government managed to being more private. This includes the introduction of township and village enterprises, and more recently entrepreneurship policies and funds for small and medium enterprises, as well as new high-tech and innovation zones. These are all useful to share.

Finally, China has experience of introducing and managing a minimum wage, unemployment insurance which is quite interesting, and its policies on vocational education are also worth exploring.

The transitions China has and is making are very relevant to other countries, although, as I mentioned earlier they may have different starting points. One key difference can be the size of the informal sectors – many are larger than in China.

Therefore, whenever Chinese counterparts do share lessons with Belt and Road countries, it is key to be aware of these differences.

That concludes the part about China’s lessons learnt… So what about China’s active cooperation with Belt and Road countries – how can this help create jobs and entrepreneurs?

In many Belt and Road countries, unemployment is very high, especially in comparison to China. The African continent arguably has the worst problem. For example Zimbabwe appears to have the worst rate in the world, and according to latest data countries like Kenya and Senegal have rates of over 40%.

How can China support these countries?

Also, countries like Kenya and Senegal are looking for  support to increase and manage their industrialisation. Even Chinese businesses can help with this – by setting up factories abroad or managing special economic zones. This itself can be win-win – speeding up China’s own transition out of manufacturing and towards high-value added and services.

There are also opportunities for partnerships between higher education organisations, as human capital formation is crucial to employment and innovation.

The ideal targets of all these measures should be the poorest, the young workers, and women, who often face religious or other constraints.

That was the second idea for how China can support Belt and Road jobs, so what about the third and final idea?

The talents agenda is becoming increasingly important within China to innovate and change its own economy. We always think of innovating from Europe or US, but other developing countries can be just as if not more relevant to China’s innovation, with the whole globe being eventual customers for Chinese services/products.

To give a very simple example, those of us who live in China are now very used to using we chat to make online payments. It seems quite unique to China, but it turns out that Kenya has something very similar that has existed for the last 10 years called mpesa, which uses SMS to make payments. In this instance, having more interactions with Kenyans could spur innovation in we chat and other online platforms.

This idea to attract talents to China from poorer countries actually seems to be happening – for example scholarships to African countries have risen dramatically over the last decade – but the next step is to keep and utilise the students in China for a while through working permits. The central or local governments could even have special incentives for new buisnesses from Belt and Road countries to set up Wholly Foreign Owned Enterprises or Joint Ventures in China.

Distinguished guests, ladies and gentlemen. Today, I have been very pleased to hear how the Yuhua and Shijiazhuang governments are making steps to support jobs and entrepreneurship not just here but also abroad – with six companies in the district already established abroad.

The scope for central and local governments to expand their support jobs and entrepreneurship worldwide – and thereby help meet SDG8 on jobs worldwide – is very high, and represents yet another potential win-win for China.

I hope today I have provided some ideas and inspiration for how to go about it, and I – through my own enterprise that I am setting up here in China – look forward to supporting those interested in acting on these and other ideas for “going out” to do so.

Many thanks for your attention. Xie xie.

This speech was delivered on 1st July 2017 at the Yuhua International Summit, under the theme  Innovation-driven Development on the Belt and Road, in front of government and business representatives from over 15 countries. 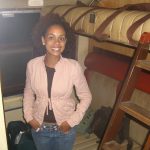 Opinion: What an economist’s journeys tell us about Kenya’s new China-built trainUncategorized
The Imperialist People’s Republic of Africa?Uncategorized