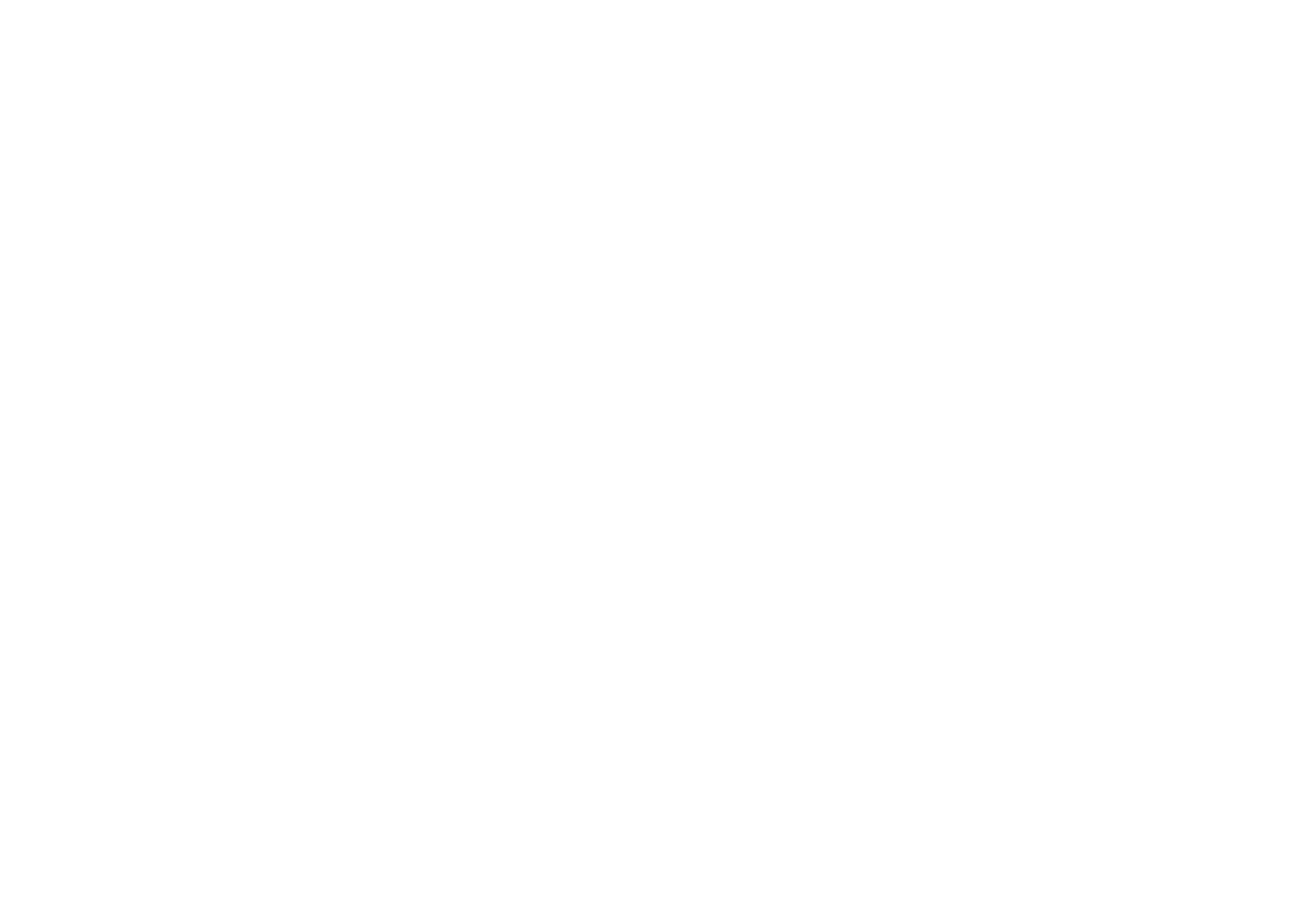 COVID-19: How Can China Help African Countries Have a Stake in the Race for a Vaccine?

Six months after the emergence of COVID-19 in Wuhan, China, the global effort to develop appropriate vaccines and treatments is continuing at a pace. The WHO report that there are now 125 candidate vaccines in development, including 10 in clinical evaluation. In recent weeks, there has been controversy around the need for trials of vaccinations and treatments in African countries. But the debate so far misses a major part of the puzzle – whether Africans will ever hold intellectual property rights over whatever medicine or vaccines successfully make it through trials.

The original controversy began with a live TV discussion involving two French doctors discussing how and where to conduct vaccination trials. During the discussion, they suggested that, due to lower ethical constraints, trials should be undertaken in African countries. An outcry from many commentators decrying their suggestion ensued, culminating in a condemnation from the Director-General of the WHO in an April virtual press conference.

At the same time, the spotlight also revealed the shockingly low number of clinical trials for COVID-19-related research in Africa, whether that’s tests, treatments, or vaccines. Since the outcry, other scientists have pointed out that ethical clinical trials to research how different interventions impact different disease outcomes actually do need to be conducted across Africa’s diverse contexts, circumstances, and ethnicities – especially as many African countries suffer from significant and large disease burdens. With the current pandemic, the urgency of this issue is heightened, as explained well in a recent Lancet article.

Yet, at the time of writing, among the 1,556 interventional clinical trials related to COVID-19 listed on the WHO’s International Clinical Trials Registry Platform (ICTRP), only 38 include any African countries – that’s under 2.5% of the total. Those trials that do involve African countries are concentrated in only a few countries. 23 are in Egypt alone and 8 involve South Africa, with other trials also taking place in Nigeria, Ghana, Tunisia, Kenya, and Zambia. This suggests that, in over 40 African countries, no COVID-19 related trials are currently happening nor planned. These numbers compare poorly to 389 trials with Chinese involvement, and 59 trials with India.

The figures above are sadly nothing new – prior to COVID-19, despite the clear needs, under 5% of ICTRP-listed clinical trials typically involved African country participation. Efforts like the African Academy of Science’s Clinical Trials Community and the African Vaccines Regulatory Forum (AVAREF) aim to address and rectify this problem, while related new COVID-19 specific initiatives have been launched including the WHO’s Solidarity Trial, a host of African university responses, and the COVID-19 Clinical Research Coalition – which focuses on accelerating research on COVID-19 in resource-limited settings.

But All of These Discussions Miss a Critical Issue. Intellectual Property.

If anything is central to how the pharmaceutical industry across the world works, it is intellectual property. It is intellectual property that drives the race to do the trials and find a viable treatment or vaccine. For the industry, IP effectively acts as a short-term monopoly, granted to the pharma companies or scientific organizations as a reward for the successful innovation and production of clinically efficient medicines (the R&D for which can be prohibitively expensive).

A side effect of imposing IP rights can mean higher costs for patients needing lifesaving and other essential drugs and treatments – especially for those patients in developing countries, where a patent-holding manufacturer might be slow to (or might not at all) bring their product to the market. Is it fair that this might still be the case, even for citizens in countries where trials took place?

In recent years, this issue of access to medicines has been tackled through a process called “compulsory licensing”. It grants extra flexibility from current international IP protection laws under the World Trade Organisation to poorer countries to produce drugs. Countries such as South Africa have used these flexibilities for HIV and AIDS drugs, and even more recently for COVID-19 Chile and Israel have invoked them for COVID-19.

But this too misses the point.

Why Isn’t There Any Pharma-Related Intellectual Property Being Held in Poor Countries, Including African Countries?

While China’s pharma industry has had a much smaller global footprint than many other countries such as the UK, U.S. and even India, the experience of the Comoros, an African island nation, and its efforts against malaria with Chinese support, act as an interesting case study.

A decade or so ago, Artepharm, co-founded by Guangdong New South Group and Guangzhou University of Chinese Medicine, created and patented Artequick – a drug-based the Nobel prize-winning work of Tu Youyou, a Chinese pharmaceutical chemist who discovered artemisinin. Together with the Comorian authorities and grant aid from the Chinese Government, Artepharm implemented a dramatic plan to use the drug to eradicate malaria from (initially some smaller) Comorian islands, by employing the method of mass drug administration (MDA). Rather than treating symptoms of malaria, or simply trying to prevent mosquitos from transmitting malaria to humans with bed nets or DEET, MDA involves making the entire human population a hostile environment for the malaria parasite for a time period longer than its lifecycle. This process, involving three courses of Artequick over a month, led to spectacularly positive results – with an initial 98% decrease in the prevalence of malaria in the Comorian islands of Moheli and Ndzouani.

However, the program was not without controversy. Criticisms were made about the small involvement of local teams and a lack of open evaluation both before and after implementation – including with regard to side-effects. Crucially, the product used was only in phase 4 of development – which led to negative headlines like “China tests malaria drug on an entire African nation”.

Notwithstanding, the Comorian authorities and Chinese aid partners continued with the policy, extending it to the country’s largest island. The WHO’s annual World Malaria Reports show a steep decrease in Comorian malaria cases from tens of thousands per year from 2010-2013, down to under four thousand a year up until 2017. However, in 2018, the year for which WHO has most updated data, Comoros saw a huge increase of 587% in reported cases from 2274 in 2017 to 15,613 in 2018. This suggests that MDA of Artequick in the short term is not enough to eradicate malaria on the islands in the long run, but potential reasons for the increase include improved diagnosis and reporting, inadequate vector control, and climatic factors.

However, given the Comoros authorities’ involvement, the broader question was – what long-term value did Comoros get from the collaboration? Better health, yes, but Artepharm used its early successes in the Comoros to market and sell Artequick elsewhere in Africa and beyond. The Comorians did not benefit in the same way from these sales, and the knowledge gained from the “experiments”. The IP was held by the Chinese company and never in any part extended to the Comoros.

This is not a unique case. There are numerous other examples that involve companies from other pharma giants such as the U.S., UK, France, and Germany. There are also are many such collaborations taking place now between pharmaceutical companies from richer nations and African research institutions, including the provision of aid. For example, the British company working with a Senegalese institute to develop a 10 minute COVID19 rapid test received UK aid. The issue is that even with these cases, there has been little discussion or sharing of whether any of the IP rights for the treatments, drugs, or vaccines that result from this research will ever be extended to the countries within which trials took place.

Extending IP rights to African organizations would provide governments with new and stronger incentives to invest in medicinal and pharmaceutical R&D within their own countries, which in the long run could be transformational.

How Can We Make This Happen?

For several years, UNAIDS has been at the vanguard of encouraging a push towards local manufacturing of pharmaceutical and medical equipment in developing countries including much of Africa, aiming to both create jobs on the continent in production and keep pharmaceutical costs down for local health organizations and patients. Previously, the Beijing-based consultancy that I work for, Development Reimagined, collaborated with UNAIDS and the China Chamber of Commerce for Import and Export of Medicines and Health Products on a report highlighting such opportunities in 21 African countries.

UNAIDS, Unitaid, or another similar organisation, ideally with Chinese support, needs to take up a similar initiative to push with regards to intellectual property, especially as far as COVID-19 is concerned.

The COVID-19 patent pooling platform proposed by Costa Rica, due to launch this week, is a step in the right direction, as was the commitment from China’s leader Xi Jinping, at the virtual World Health Assembly, to make a COVID-19 vaccine, if developed by a Chinese organisation, a “global public good”. That hopefully (although it has not been clarified) means that it will be provided across the world for free, at least for a few years. But the long-term solution for African development in particular is not to just to make medicines relevant to Africans or give them out for free, whether as China aid or via the GAVI Alliance.

The long-term solution is to fully develop these medicines on the continent, and have African-owned organizations own the IP. Even just a small proportion of the proceeds and profits from IP would help African countries to meet the SDGs. That’s the controversy we need to start discussing.

By Peter Grinsted, Economist at Development Reimagined. This article was originally published on The China Africa Project Website on May 29th 2020. 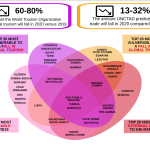 Which African countries are most vulnerable and resilient to the global COVID19 slowdown?analysis, infographic, Social Media 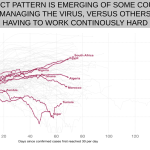