Famed for its natural beauty, surrounded by nothing but the Indian Ocean, tiny in size yet densely populated, understanding how Mauritius managed to become the most developed, diversified, and competitive economy in Africa is worth exploring.

Overall, Mauritius’s economic growth is largely due to the government’s sustained commitment to diversifying sources of growth beyond the exportation of sugar. Mauritius has developed thriving tourism, finance, ICT, and manufacturing industries by diversifying its trading partnerships and attracting Foreign Direct Investment.

This is demonstrated by the numerous preferential trade agreements that increase and diversify the amount of value-added goods Mauritius exports including preserved and prepared fish to Europe, apparel to the USA, and to India, optical, photo, and medical apparatus.

The latest agreement, signed on 17th October 2019 is the Mauritius-China Free Trade Agreement (FTA) – the first FTA that China has signed with an African country.  The agreement will enable Mauritius to increase and diversify its exports to China, by giving Mauritius duty-free access to over 8,000 products and both countries will eventually reach zero tariffs on 96.3% (China) and 94.2% (Mauritius) of traded items.

Why Is the FTA So Important?

Although Sino-Mauritian relations have been strong since their establishment in 1972, the relationship has mainly resulted in investment in new infrastructure projects and a rising number of Chinese laborers working in textile and clothing enterprises. There has also been a steady rise of Chinese imports – meaning that –in 2018 – for every dollar of goods that Mauritius exported to China, it imported 21 dollars worth of goods back in. This is an improvement since 2002 (where the ratio was more like 60:1) but it nevertheless inhibits growth. Furthermore, the Mauritius agricultural sector contributes only a minimal amount to the country’s total GDP (3% of GDP in 2019) and as such this could hinder the country’s overall economic growth in the future.

Thus, using the FTA strategically to encourage the development of Mauritius’s agro-processing industry could not only reduce outgoing expenditures on food but also could increase the volume of its processed, value-added agricultural exports to, for instance, China’s huge consumer market of 1.4 billion people and ultimately, drive economic growth and job creation. In order to take advantage of this opportunity, the Mauritian government has developed policies, such as its agro-processing national export strategy to further develop its agro-processing industry.

But how can Mauritius – and the rest of Africa – really make the most of the new China FTA and see a real change in the agriculture sector through trade?

Despite numerous free trade agreements with other richer economies, previous analysis by our firm shows that the actual trade relationship of most large countries with Africa has hardly shifted since before the World Trade Organisation’s (WTO) Doha round was initiated in 2001, with agriculture being one of the most contentious issues.

So, What Does Our Team at Development Reimagined Suggest?

Chinese companies have developed an extensive amount of agro-processing techniques and technologies, and have the funding to develop more in Mauritius. Doing so will not only help Mauritius to increase and diversify its exports to China and globally, but it will also improve product quality in order to meet shifting consumer demands, and challenging food and agricultural trade regulations.

R&D can also be another key area for collaboration. In Mauritius, The Food and Agriculture Research and Extension Institute (FAREI) currently conducts research into non-sugar crops and aims to develop new varieties of fruits and vegetables. However, FAREI currently lacks the tools and skills it needs to implement these goals.

Facilitating collaborations between FAREI and Chinese agricultural R&D companies can strengthen the overall FTA by boosting Mauritian agro-processing productivity, and easing technical barriers to trade by ensuring that fruit and vegetable varieties continue to meet one another’s trade standards. It can also help both nations become global leaders of groundbreaking research (excuse the pun!).

With government encouragement, many manufacturers are skilfully marketing new processed fruit products within Mauritius. However, as Mauritian agro-processors are only just starting to explore the Chinese marketplace – a marketplace that is notoriously difficult for foreign companies to compete in – Chinese stakeholders should offer marketing support, for example, by offering insights into Chinese consumer behaviour, and linking Mauritian sellers to suitable marketing channels.

Alternatively, Mauritian sellers could take advantage of China market entry programmes such as ours to help African brands navigate the Chinese market, including, inter alia, getting products onto China’s e-commerce platforms and intellectual property registration.

Third, and perhaps most importantly, ensure that the terms of FTA link to and strengthen the African Continental Free Trade Area (AfCFTA)

For most African countries, the majority of their trade is conducted with countries and regions outside of Africa. Consequently, the majority of African goods leave the continent whilst countries remain commodities. This hinders economic growth in many African countries and is the reason why AfCFTA is being developed in order to boost the movement of goods and capital within Africa. If enacted with careful consideration, AfCFTA will play a pivotal role in Africa’s development. Thus, any African government interested in signing an FTA with China should consider whether the terms of the FTA compliment AfCFTA or not.

It is in this regard that the Mauritius FTA with China has a number of challenges, notably the current terms surrounding Rules of Origin (ROO) that may hinder AfCFTA’s success. The current ROO terms prevent products exported from Mauritius that contain non-originating Mauritian materials exceeding 10% of the product’s Freight on Board value from being covered by the FTA. For example, Mauritius and the USA’s preferential trade agreement under the African Growth Opportunity Act (AGOA) gives apparel manufactured in Mauritius duty-free benefits even if the apparel is entirely made from material sourced from outside Mauritius. As Mauritius is still increasing its arable landmass and crop varieties, many Mauritian products, such as cotton apparel, are made from imported materials. This restriction could therefore reduce the number of value-added products that Mauritius can export to China duty-free and will discourage Mauritius from being a conduit for increased trade of raw materials between African countries.

Consequently, we suggest that Mauritian officials call on the AfCFTA Secretariat to explore this issue further and facilitate further discussions between Chinese and Mauritian stakeholders in the context of AfCFTA in order to negotiate for more flexible ROO terms.

Rosie Wigmore is a Policy Analyst at Development Reimagined.

**Special thanks to the Embassy of the Republic of Mauritius to People’s Republic of China for insights into the FTA. 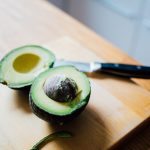 Fresh or Frozen: Should Kenya and China Renegotiate Their 2019 “Avocado Deal”?analysis, op-ed 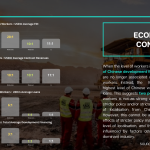