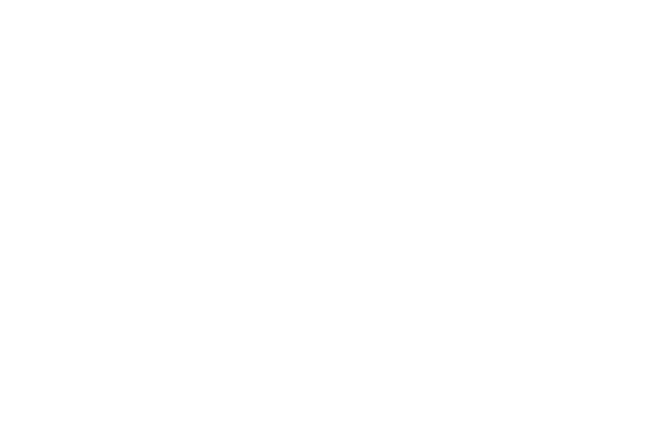 Rise of Special Economic Zones in Africa: Can Agricultural Processing Be the Next SEZ Success Story?

Image: A woman farmer who works in the maize fields on the Canhumbuca Farm in Huambo, Angola © Anita Baumann (World Bank Blogs)

“There is no one model of development” is one of the key principles, we, the team at Development Reimagined, try to champion when looking at key issues of economic growth and poverty reduction across the African continent.

Much attention has been devoted to whether the China model of Special Economic Zones (SEZs) in particular can be exported to African countries. While SEZs were by no means a Chinese invention they nonetheless “contributed 22% of China’s GDP, 45% of total national foreign direct investment (FDI), 60% of exports… and created over 30 million jobs,” according to research conducted by World Bank Senior Economist Douglas Zhihua Zeng. Furthermore, the China Development Bank estimated that SEZs helped “increase the income of participating farmers by 30%, and accelerated industrialization, agricultural modernization, and urbanization.”

However, more recently, we’ve seen African countries start to focus in on “agro-industrial parks”- a specialized form of SEZ – whereby the focus is on adding value to agricultural goods for export. So far, Ethiopia and Egypt have developed these specialised SEZs, while Nigeria, Mozambique, Kenya, and Madagascar have recently announced plans to develop agro-industrial parks as a means to boost economic growth.

But China only recently started investment into these kinds of specialised SEZs, after over many decades of experience with generalised SEZs. Just three years ago, in 2017, the Chinese government invested over USD 700 million (i.e. 5 billion RMB) into 62 national agro-industrial parks across China.

So are African countries starting too early? Will Africa’s “agro-industrial parks” really succeed, and should others – including China, support them? Here is our analysis.

First, agriculture is an important pillar of most African economies, accounting for on average 23% of GDP and providing 60% of employment. Furthermore, with 60% of the world’s arable land, abundant fishery resources as well as a growing young population, Africa has high potential in agriculture.

Second, with an estimated 60% of many countries’ populations being smallholder farmers, access to larger markets is a huge challenge. Agro-industrial parks can provide a link between agriculture suppliers and regional, national, and global markets. This access could not only increase demand and improve the quality of farm products but also help small-scale agriculture enterprises to remain competitive, and help African countries – particularly those who rely on the export of primary products – to raise export growth which can transform into economic growth. We’ve seen this demonstrated in Shenzhen, China, where Guangming Livestock Farm introduced new technology to local farmers through foreign investors in an SEZ in the 1990s. The company helped link local farmers and farm owners to both domestic and international markets, resulting in the sales of their milk and pigeon products skyrocketing on the Hong Kong market.

Third, the creation of agro-industrial parks can create more employment opportunities for local people. Experience from other countries implementing agro-industrial parks revealed that approximately 2,000 to 4,000 direct and indirect jobs can be created from one agro-park. Moreover, linking smallholder farms and small-scale industries in the value chain can raise the income of smallholder farmers and lead to more jobs in off-farm activities. For example, activities related to handling, packaging, processing, transporting, and marketing of agricultural products can generate important off-farm employment and can contribute to poverty reduction and sustainable inclusive economic growth. In Egypt, the agro-park in Qalyoubia has been linking smallholder farmers to formal value chains and in the process has improved the quality of farmer’s work by moving from low to high skilled activities.

Fourth and finally, African countries can reap the benefits of skills upgrading and technology transfer, a well-established spillover effect of these specialized types of SEZ. For example, there is evidence that some Chinese zones operating in Ethiopia have become centers of knowledge, innovation, technology generation, and training. This has enhanced local skills upgrading and technology learning and has ultimately contributed to building local manufacturing capacity and establishing modern management practices.

However, theory can also imply a degree of inefficiency in agri-parks versus broader SEZs. Specializing in one industry too early could lock-in a zone to an industry that might not work. As mentioned earlier, China’s own experience was to allow all types of industries in the early development of SEZs. Furthermore, both the Chinese government and the private sector invested heavily in SEZs.

First, limited access to financial resources, a lack of incentives for investors, as well as the challenge to meet international standards and market demands in terms of volume, quality and cost, will be a continuous challenge. In China, the money invested in SEZs has been huge. Although partner countries like China are financially supporting African states, this singular source of funding is not enough when considering Africa’s serious financial constraints and the vast financing needed to develop these parks.

The second challenge is governance-related. SEZs often operate under the mandate of the Ministry of Industry and Trade whereas agriculture operates under the Ministry of Agriculture. In other words, different legal frameworks and policies regarding each industry as well as different objectives, strategies, managerial styles, and priorities can make it difficult for African ministries and agencies to find a common ground and the required coordination for agro-industrial parks to succeed.

Third, there are considerable infrastructure gaps in African countries. Poor irrigation and water access, the lack of storage capacity for farm products, and limited electrification are major hindrances. The limited access to agro-processing technologies and the inability of many famers to access modern communication tools affects the competitiveness of their final products in terms of cost, quality and supply, and therefore constrains the successful development of agro-industrial parks.

And last but not least, success depends on the level of processing enabled in the park. If processing is limited to early parts of the value chain, it can only help a country’s development to some degree. If countries do not or cannot use the parks to push investors to move up the value chain towards full packaging and exporting branded products, they will continue to suffer from poor terms of trade constraints. For instance, US agricultural company Cargill in 2019 announced it would invest over USD 113 million to expand cocoa processing sites in Yopougon (Cote D’Ivoire) and Tema (Ghana), yet it is unclear if this agreement includes full packaging.

At Development Reimagined, we have been working with different partners to increase sustainable investment into SEZs in Africa, so what do we recommend for agri-parks?

Drive local and foreign investment up the value chain. Encourage local investors and enterprises with SEZ incentives (non-financial policies such as differential taxes for low-value vs high-value products access to cheap electricity) to drive higher-value exports, diversify the sources of funding and deliver technology transfer. However, be cautious about specializing too early.

Find ways to attract well-educated Africans to the agriculture business and provide information for interested investors.  Promoting gender equality in the job market is also key. Although many women are engaged in agriculture, they are less likely to get equal access to critical resources and financial support than men.

Share knowledge and technology with African local farmers and agriculture suppliers to establish efficient, eco-friendly and sustainable crop production. This will increase local value-addition, enhance rural employment and improve the overall efficiency of the agricultural value chain across Africa.

Utilise ATDCs. We’ve already seen technology transfer taking place in Chinese Agricultural Demonstration Centers (ATDCs), and therefore a practical solution could be to link ATDCs to these government backed agro-industrial parks for greater impact. This could help African farmers to move away from subsistence farming and instead shift towards more value-added work.

Increase the proportion of local workers and local materials. Chinese investors can promote the use of local materials and local people working in the agro-industrial parks. This will enhance local job creation and will ensure they make a stronger contribution to poverty reduction. 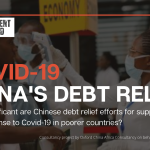 Could debt relief by China have a sustained impact on Africa’s Covid-19 recovery?analysis, infographic 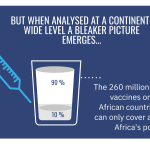 Which African countries will get COVID19 vaccines in 2021, and from where?analysis, infographic, Social Media