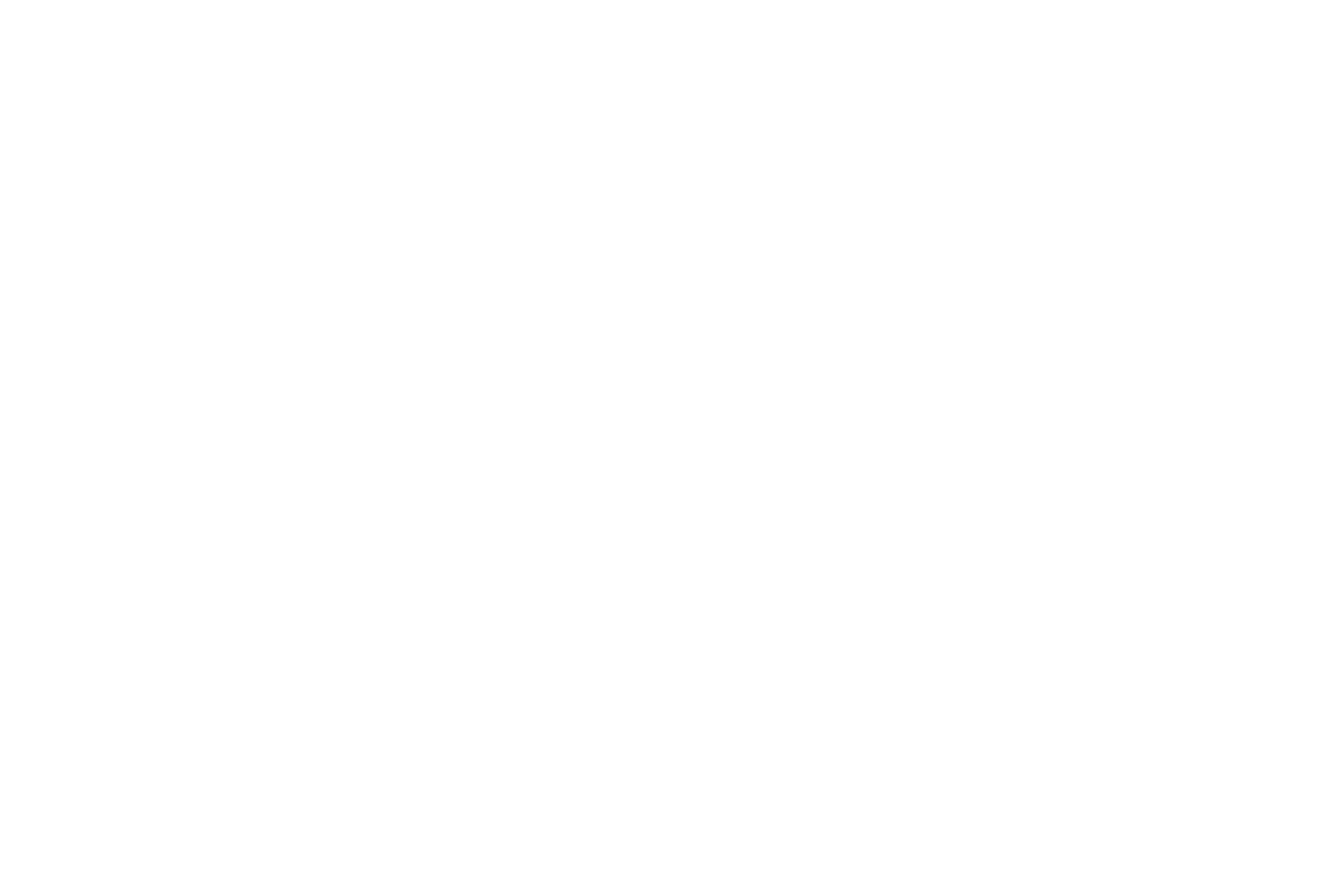 How Would Africa Have Managed COVID-19 Without the Africa CDC? The Role of China

Two types of images have dominated the global media’s coverage of Africa the past year. The first has been pictures of cargo planes packed with medical supplies, framing Africa’s COVID response as handled through foreign aid by partners such as China. The other image has been of Cameroonian virologist – Dr. John Nkengasong – making speeches against a backdrop of a logo for the Africa Centres for Disease Control and Prevention (Africa CDC). This second image has – in our view correctly – framed Africa’s COVID-19 response in terms of African agency and leadership, perhaps for the first time ever.

But what exactly is the Africa CDC, and why is John Ngekasong depicted as playing such an important role – including winning the 2020 Global Goalkeepers Award?

What Is the Africa CDC and What Has It Done to Support Africa’s Health Sector?

Most countries have a “CDC” and the Africa CDC is the world’s youngest, established in 2016 under the African Union (AU), to support member countries’ health institutions for an effective response to health threats. It is comprised of 5 regional centers across the continent and was established because of acute awareness for a centralized health body following the 2014-2016 West Africa Ebola epidemic, which claimed 11,299 lives.

By January 2018, the Africa CDC had responded to 9 disease outbreaks in 7 member states. For example, to combat an Ebola outbreak in the Democratic Republic of Congo and Uganda between 2018 to 2019, the Africa CDC deployed 48 health experts, trained over 470 local healthcare and community workers on infection prevention, alongside over 350 people on cross-border screening.

The Africa CDC’s Role in the COVID Response

This previous experience resulted in significant progress in Africa’s response and preparedness to infectious diseases and was demonstrated when the Africa CDC and the AU, held an Emergency Ministerial Meeting on February 22nd, just 8 days after the first case was recorded in Egypt, which launched the joint continental strategy. At Development Reimagined, we provided a briefing to this meeting which outlined how coordinated responses between countries would be essential to protect African students and citizens in China. Country collaboration was important in these early stages to mitigate the impact of the virus, especially given the continent’s need for development and porous borders.

The impact of this rapid response was immediately clear, with most African governments imposing African-appropriate social distancing measures before recording 10 cases – such as border closures, curfews, and crowd control measures. From December 2019 to March 2020, outside of China, there were a total of 14,768 COVID-19 cases across 85 countries, yet the continent only equated for 7 of these countries and 27 cases. Indeed, Africa CDC was the first on the continent to provide clear advice on wearing masks.

The Africa CDC’s leadership was also essential in procuring tests and mobilizing contact tracing. Despite facing initial procurement delays internationally, as we are seeing with vaccines now, the Africa CDC set up the Trace, Test & Track (CDC-T3) initiative to establish distribution hubs for medical supplies and deploy 1 million community workers for contact tracing. So far, tests on the continent have ramped up to over 36 million.

Following lessons learned from international barriers to accessing tests, the Africa CDC has gone to directly procure vaccine doses, securing 670 million doses independent of other initiatives such as COVAX. To manage this longer-term, the Africa CDC created the African Medical Support Platform (ASMP) to supply countries with vaccines and essential equipment and has also supported governments on how to distribute limited vaccine supplies, adapted to Africa’s own situation and demographics. African countries have currently ordered the same number of vaccines from COVAX as they have from the Africa CDC, each equating to 14% of the continent’s total vaccine orders.

Lastly, it is important to note the Africa CDC’s ongoing public health work beyond COVID, especially as countries had to divert resources away from such challenges. For instance, during the Ebola outbreak in Guinea in February 2021, the Africa CDC worked extensively with Guinea’s government in deploying an emergency response team alongside dedicating crucial resources.

Can Any of This Be Attributed to China or Any of Africa’s International Partners? Is Africa CDC Only in Existence Because of Aid From Elsewhere?

International partners have supported the Africa CDC in its undertakings, but by no means should overshadow the importance of the Africa CDC’s leadership in addressing public health challenges.

However, China’s assistance has been both welcomed and praised by African leaders, with Dr Nkengasong declaring; ‘we appreciate what China is doing on the continent, and we call on others to join this effort’. This statement comes as China has provided assistance differently when compared to other development partners. China has adopted both a direct, case-by-case approach, alongside making significant contributions to multilateral initiatives, including vaccines donations to COVAX. This differs from other development partners, where assistance is often primarily provided indirectly through initiatives such as COVAX, with less emphasis on forms of direct support.

The China CDC, in collaboration with the US CDC, supported the institution’s creation in 2015 and continues to act as a strategic partner. One notable aspect of China’s support is the commitment of $80 million for constructing the Africa CDC’s headquarters in Ethiopia. During COVID, the Chinese government sent 7 medical teams to 15 African countries, whilst another 46 medical teams already present across Africa were mobilized. The China CDC also donated 10,000 face masks to the Africa CDC in May 2020. Notable private sector support includes the Jack Ma Foundation and Alibaba Foundation donating response equipment at a time when medical supplies were in high demand worldwide, making procurement difficult. The Jack Ma Foundation also collaborated with the Africa CDC through hosting online medical exchanges to connect medical staff across the continent to facilitate a better understanding and response to COVID.

What Next for China’s and Other Countries Support for the Africa CDC?

The Africa CDC has no doubt bolstered African countries capacity to respond effectively to disease outbreaks. Narratives of Africa’s ‘unpreparedness’ or foreign aid reliance therefore fail to acknowledge how African decisiveness, with support from international actors, has delivered results. But four further actions are key to continued success in 2021.

First, a successful COVID-19 recovery requires vaccines and tests. Our data reveals only 12 African countries so far will be able to vaccinate over 20% of their population. The Africa CDC reported that 1.5 billion vaccine doses are required  to vaccinate 60% of the continent’s population, costing an estimated $10 billion. But this will no doubt be slow.

Considering China’s manufacturing capacity can produce 1.6 million COVID-19 diagnostic kits per week, and an estimated 2 billion vaccine doses  per year by the end of 2021, China should extend support to the ASMP through donations and subsidised supplies. Africa’s other development partners should do the same, besides just waiting for COVAX.

Second, the Africa CDC should continue their knowledge-exchange with other CDCs – especially China’s, as China is the world’s second top country for total doses administered (82.85 million doses – 17.4% of the world’s total). Sharing information on community-led vaccine deployment will also be useful, especially as China concentrated on rural localities in January following an increase in cases.

Third, cooperation in tackling public distrust regarding vaccines is needed. For example, in Nigeria, China’s SinoPharm vaccine has attracted concerns, as it lacks WHO- approval. Trust has also fallen in other vaccines, including the UK’s Astra-Zeneca due to ineffectiveness with respect to new strains.

Public distrust could jeopardise the continent’s rate of recovery, but the Africa CDC could play a role here too, by subjecting vaccines to regulatory tests. Such regulation objectives fall under the AU’s proposed African Medicines Agency (AMA), however, AMA is still in the early stages, with 8 out of 19 signed countries ratifying the treaty, requiring another 7 countries to ratify before AMA can progress.

Fourth and potentially the most important, Africa CDC should use this opportunity to push all development partners – to invest in Africa’s health sector and local manufacturing. In the FOCAC Beijing Action Plan (2019–21), public health was ranked as a top priority for China–Africa health cooperation. Such initiatives must be acted upon. As one study reveals, from 2016 to 2018, 41 African countries (87% of the continent) had at least one epidemic, with 21 of these experiencing at least one epidemic annually. Yet on the other hand 30 African countries have manufacturing capabilities.

As this analysis has highlighted, the Africa CDC has been at the centre of the continents COVID response. Therefore, there is strong evidence that had Africa CDC not been in place, Africa’s COVID-19 response would have been considerably worse. That said, COVID-19 requires consistent work, and Africa CDC and its partners – in particular China – need to keep progressing. The Africa CDC is a testament to what Africa can achieve when it has and demands agency. Supporting the Africa CDC to grow further will be a great starting point for the development of a resilient African health sector, and a resilient Africa more broadly.

This article was originally published on The China Africa Project. 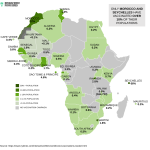 Why have only 2 African countries vaccinated over 10% of their populations?分析, 资料图, Social Media 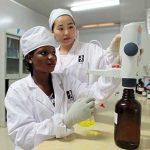