During Africa Climate Week 2022 in Libreville, Gabon – Development Reimagined co-hosted a side event with African Climate Foundation (ACF) and Environmental Defence Fund Europe (EDF). Our joint event convened key stakeholders in Africa’s climate finance and banking community to explore the reality of green banking in Africa. The event drew on lessons learnt to clarify what is needed from international climate financing mechanisms to unlock quality financing for green energy transitions and to achieve development goals such as Agenda 2063. The aim was to also help shift the narrative away from Africa as a ‘risky’ environment for large-scale climate investment and towards one brimming with green potential.

After a very fruitful discussion, there are several key themes that emerged from the side event. Below you can find a summary of the key talking points, as well as some important insights from our distinguished panellists.

Shifting the narrative around climate finance on the continent

When opening the panel discussion, Development Reimagined’s CEO Ms. Ryder asked participants to avoid using common tropes such as ‘bankability’ and ‘de-risking’, and instead challenged all attendees to speak to solutions at the financial and structural level. She encouraged all to think about shifting the perspectives of African countries as ‘risky’ environments for climate investment, and to explore the tools we need to shift these perspectives.

Ms. Ryder began by asking the panellists to explain their understanding of green banking and what it means to the continent, and what the demand for green banking is.

Dr. Dorsouma from the AfDB highlighted that ‘MDBs like the AfDB have been very active in promoting the concept of green finance, sustainable finance, as well as green banking’, and that we need to ensure that ‘funding from financial institutions, including local institutions, can target green investments and green projects…its about shifting from support to brown sector to green sector’.

He highlighted the AfDB’s initiatives over the past several years. He gave the example of the African Financial Alliance on Climate Change, which was launched in 2018 and which aims to bring all the financial institutions in Africa to the table. This has been very successful in understanding green banking and how to implement the concept on the continent.

Mr. Manthata from the DBSA followed on from Dr. Dorsouma by stressing that green banking is more about the need for ‘fit for purpose’ financing to accelerate the transition towards low-carbon economies. He also underlined the issues of utilising tools ‘that make financing easier, more specifically for private financing to come into the space and support projects especially with countries looking at more ambitious NDCS’.

Mr. Salman of the NDB highlighted that the Paris Agreement has catalysed a lot of financing in this space, with countries racing to meet their NDC targets. However, he also pointed out that the demand for green banking is still quite low, as the attitude often tends to be that the continent only contributes 2-3% of global greenhouse gas emissions and so there is no need for climate change products. However, Mr Salman pointed to ‘the driving industrialisation led by agenda 2063’ and believed that this will ‘increase the demand [for] low-carbon climate resilient economies’.

Ms. Ryder asked panellists to expand on some of the tools they have been using to promote climate finance, and how have they been working with different actors to bring in new business models.

Dr. Dorsouma shared several examples of tools used by the AfDB to promote climate finance. For example, the AfDB initiated its first green bond program in 2013 and so far have been able to mobilise $10 billion to invest in 100 eligible green projects. The success of these projects was the AfDB’s realisation that they needed ‘to use specific tools to help financial institutions to green their portfolios and mainstream climate finance’.

During the Q&A session, one member of the audience asked the AfDB about the protocol for financial institutions that are not initially eligible for AfDB-led projects, and whether they provide any kind of capacity building for these institutions to become eligible for these projects. Dr. Dorsouma replied that the AfDB conducts due diligence to screen projects for approval. If there is a certain level of capacity lacking, then the AfDB can include technical assistance in the project to help the executing agency increase capacity before starting the implementation of the project.

Mr. Manthata gave the example of the DBSA’s Climate Finance Facility, which is co-financed by the Green Climate Fund and which has been part of the green banking movement. The DBSA conducted extensive consultations with the private sector in order to understand their pipeline and what they are not able to take forward due to certain factors.

Mr. Manthata also highlighted the issue of longer-term financing: ‘We talk about people being hesitant around risk but one of the things that came up was the concern around the ability to finance projects where you require financing for a long term.’ The DBSA uses their Climate Finance Facility to take the tail end of the project’s tenure, making it a lot easier for commercial banks to come in and thus allowing projects that would have otherwise not been financed to start to come on stream.

The question of debt sustainability

Ms. Ryder raised the issue of financing and highlighted that while many countries require financing, they are crossing their debt-sustainability thresholds. She asked the panellists to speak to how their institutions are dealing with this issue and whether they are finding ways to absorb that challenge.

Mr. Salman emphasised the importance of the structure the projects to be able to garner support from various contributors, particularly the private sector. This in turn puts lets pressure on the state institutions.

Dr. Dorsouma pointed to the  AfDB’s Debt Sustainability Framework that ensures that the AfDB does not add to debt distress that countries are already facing.

During the Q&A session Dr. Dorsouma responded to a question regarding capacity and debt sustainability when screening projects for climate risk. Dr. Dorsouma stated the AfDB’s framework helps identify opportunities to strengthen climate resilience or include a climate finance component into the project. He also stated that if a country cannot take on a loan to execute a project, the AfDB can also explore the possibility of providing grants so that the country is still able to participate in the project and benefit from the climate finance, especially if it is a regional project.

Ms. Duggan of Environmental Defence Fund Europe providing some closing reflections on the panel discussion. For Ms. Duggan, one thing that stood out during the discussion was the ‘need for mainstreaming and capacity development, not just in Africa but globally. It’s seeing Africa’s real opportunity with Agenda 2063 coming to the fore, it’s making sure that we find a way to mainstream climate resilience into our investments to ensure that there is resilience against climate risks, including financial risk as well as physical risk’.

Ms. Aggad from the African Climate Foundation provided the closing remarks for the event, and drew upon three specific challenges that the panel discussion had brought to the fore:

Long-term investments: How do we structure development institution’s funding to de-risk the need for long term investments? How do we mix and match funding to be able to attract private sector investment in green projects? Doing so is critical in order to ensure successful energy transitions across the continent.

Regional cooperation: How can countries come together to respond to debt sustainability challenges and ensure that countries can still access financing for important green projects?

These questions and contributions from our panellists and attendees highlighted not only the major challenges in the area of climate finance on the continent, but also some of the key mechanisms being used to unlock quality financing for green energy transitions and to explore the massive green potential across the African continent.

We thank all of our distinguished panellists and attendees for their invaluable contributions to this important conversation. 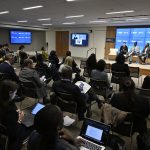