On April 27th China Daily, China’s state-owned English language newspaper, hosted the sixth session of Vision China, a TED-Style event themed “Belt and Road, Shared Future” in Beijing. The event coincided with the second Belt and Road Forum (BRF) for International Cooperation, also held in Beijing. With the theme of “Belt and Road Cooperation, Shaping a Brighter Shared Future,” the second BRF brought 37 Heads of State and numerous other leaders and ministers  to the city to explore opportunities for cooperation under the BRI.

The speakers offered insight on the impact that BRI initiatives can have on enhancing development in participating nations.

Based on her over 15 years of development experience – Ryder argued that the key reason for failure in international development so far has been the lack of control or ownership of the poor countries and poor people that need the support. She argued that the BRI is an opportunity to turn this around through “third party” or “trilateral” market cooperation.

Constructively, and based on Development Reimagined’s work with African governments and businesses so far, she presented three new, game-changing practical ideas for “trilateral cooperation” under the BRI, that could put the control back in the hands of the poorest:

Mrs Ryder said: “With the Belt and Road Forum, a new emphasis on working together and cooperation together, we have an opportunity to chart a reimagined approach to development and elevate the voice of the party that matters the most.”

Watch the video below to hear the full speech, and do reach out if you are interested in partnering on these or other similar initiatives!

"If there is a place for African businesses to look to for their products, its China. If they can create new markets in China, they can scale up their manufacturing, they can create new jobs, they can improve their lives." Watch Hannah Ryder, CEO of Development Reimangined and former head of Policy and Partnership, UNDP, speaks at the 6th #VISIONCHINA event in Beijing. #BeltandRoad 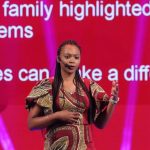 DR Director Sets out a Path for Reimagining Africa-China CollaborationMedia 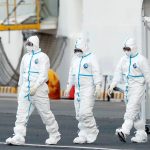 Responding to the COVID-19 OutbreakMedia, Research