Climate change is a complex but critical issue, affecting every person on this earth in different ways depending primarily on their geographical location, income and age, as well as many other factors. Ranking fourth in the world by population size, Indonesia’s over 250 million people, some on very small islands, are set to be affected directly by the adverse impacts of climate change. The largest share of Indonesia’s greenhouse gas emissions come from land-use change and forestry, mainly from peat decomposition, peat fire and forest and grassland conversion. Energy production and transport account for just over 30% of emissions. Indonesia has committed to cut its emissions by 29% below business-as-usual (BAU) by 2030, and is ready to increase that cut to 41% below BAU, if sufficient international support is received.

To meet these targets, Indonesian citizens and policy-makers will clearly need to have awareness of and engage in a wide range of actions. Understanding this, in 2009, a center for professional journalism training called the Dr Soetermo Press Institute (LPDS) proposed a partnership with the Norwegian Ministry of Foreign Affairs to train journalists from all over the country in climate change and environmental issues, so that the journalists would both increase and improve their writing, and thereby help Indonesian citizens and policy makers take relevant action.

Development Reimagined’s CEO, with our partners China Africa Advisory, have together just won a competitive tender to deliver an evaluation of this project, by October 2017. Over the coming weeks they will carry out a series of bespoke interviews with a wide range of stakeholders in Indonesia – from government to climate change actors, to local and senior national journalists and ordinary members of the public. They will combine the findings with in-depth research of Indonesia’s climate change and journalism situation, as well as in-depth analysis of the theory of change, effectiveness and sustainability of the project and make recommendations for the future.

We expect the findings to also be relevant and useful to other similar capacity building and training projects for journalists in other countries, so watch this space! 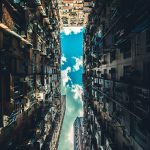