Since its agreement in 1987, the Montreal Protocol on Substances that Deplete the Ozone Layer has become the most successful international environmental agreement. The protocol has not only had great success in meeting its stated objectives, but also driven major reductions in greenhouse gases, and therefore halting climate change. Many of the reductions in ozone depleting substances as well as greenhouse gases have taken place in China, achieved through efficiency improvement and innovation. To continue this track record, in October 2016, China together with over 140 countries adopted the “Kigali Amendment”, a new agreement to strengthen the Montreal Protocol ambition and global achievements.

As a direct result of this Amendment, a new, not-for-profit international program, the “Kigali Cooling Efficiency Program”, was created, bringing together US $52 million worth of funds from multiple philanthropists with a view to help accelerate the Kigali goals, especially for the poorest countries in the world.

With China now the largest player in the global air cooling and refrigeration market, and as China works towards the Belt and Road Initiative as well as stronger global diplomacy, K-CEP want to engage with key Chinese organisations to see how it can work with them to create a new south-south cooperation project involving China and one or more poorer countries, to promote sustainable development. Some Chinese organisations already provide some support to poor countries in this area, for example through equipment donation and training, and many Chinese air cooling businesses have operations abroad. Indeed, the Chinese government has reiterated many times that a development model of ‘pollute first, clean up later’ should not be replicated in poor countries in Africa or elsewhere.

K-CEP have commissioned Development Reimagined to propose a pioneering project design for implementation, based on detailed research and first-hand interviews with Chinese government and business contacts, with a particular focus on current and future interactions in poorer countries. Watch this space for more! 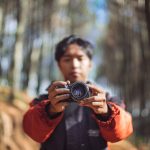 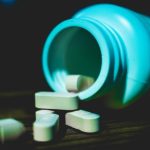